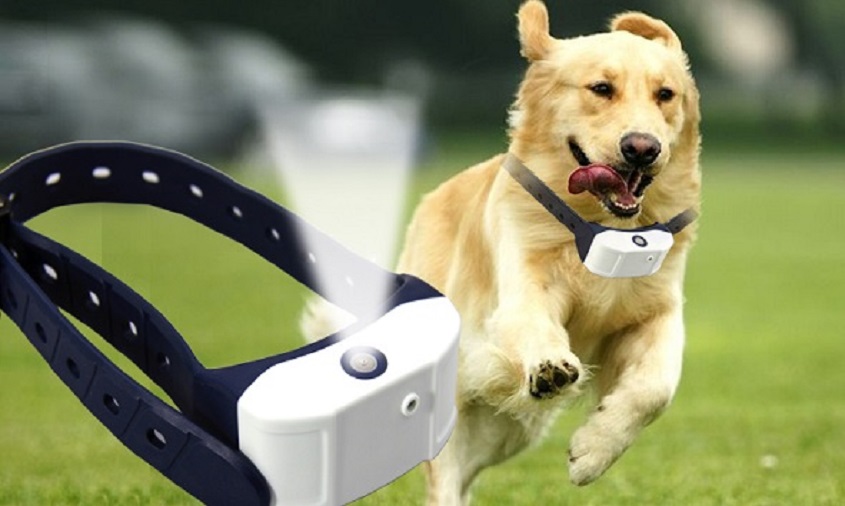 Posted at 07:59h in Pets by Stephanie Tierney

There’s no question that dogs are man’s best friend. However, sometimes they can also be pretty inconvenient. There are situations when dogs can be quite a nuisance with their excessive barking. Not only can this keep you awake at night but can also annoy your neighbours and get you in trouble with the law.

The most recommended solution for such a problem is an anti-bark collar. As it is important for every dog owner to choose the right dog collars and leads, it’s also important to get the right barking collar, which is quite different from the basic collar.

As the name suggests, a barking dog collar is a device that discourages your dog from barking excessively (when used properly, of course). It is designed to negatively reinforce the barking behaviour and to gradually cause the dog to avoid such behaviour. In addition, let’s get you more acquainted with these devices so you can pick the most suitable stop barking collar.

Is the Barking Collar Safe?

Many people think that barking collars are cruel to dogs, but the truth is that they’re not going to be harmful unless you make them so. As long as they’re used properly and for the right situations – they’re safe. Knowing when you should use stop barking collars will prevent you from doing more harm than good.

How Does a Bark Collar Work?

Bark collars work in a manner that allows the dog to learn and recover. They usually rely on vibration or a microphone that detects noise. When the barking is detected, the collar triggers an aversive stimulus, such as electric shock, citronella, irritating noise, or similar. There are several variations of bark collars on the market, most of which have multiple levels of stimulation on how quickly the dog learns. Therefore, if the dog doesn’t stop, the collar will continue to produce increasing levels of stimulus until the dog learns.

Whenever looking for an effective stop barking collar for your dog, the one using vibration stimulation is the most recommended when it comes to decreasing annoying barking, whining, and whimpering. As the dog barks, he is interrupted by annoying but safe vibration. This collar offers 10 combinations of vibration stimulation. It’s patented with a technology that ensures that only the dog’s own bark will trigger the stimulation. When used in conjunction with the instructions, this collar safely reduces (and in most cases eliminates) nuisance barking and can be used for all sizes and breeds of dogs.

The citronella collar is a type of collar that sends out a spray of citronella scented liquid when the dog begins to nuisance bark. The scent of citronella, which is a natural fragrance, is usually unpleasant to dogs and will deter any further barking. It is recommended for small to medium-sized dogs. They are often combined with vibration, sound or both as a secondary activation feature. Citronella collars are also used in several stray and pet adoption organizations to help control excessive barking.

This collar type uses a high-pitched sound that gets the dog’s attention but is inaudible to humans. Many ultrasonic collars also use vibration as an added stimulus. These are best for small to medium dogs and are especially good for training young dogs not to bark.

Electronic, also known as a static bark collar, detects the vibration of the vocal cords as your dog barks. When it detects the vibrations, a low-level shock is delivered to your dog’s neck. This is considered to be the least humane option because the dog gets zapped whenever it barks. However, when used correctly and with medium to large-sized stubborn dogs, these collars can be harmless and very effective too.

These are several reasons why your dog barks. For instance, it may bark as a response to stimuli, like when a stranger approaches or when it sees a foreign animal in its territory. Or, it can also bark when other dogs bark, thus reinforcing the initial dog’s territorial response. This type of barking can be especially useful for dog owners who keep dogs as a form of protection.

In addition, dogs bark as a learned response as well. More specifically, when a dog barks and then receives attention from you, he learns that barking may help him get what he wants, either play or just attention. When he brings his toy to you, then barks, and you engage in play with him, he learns that by barking he can initiate play. In fact, barking is a normal play behaviour for dogs and can be directed to either a human or an animal. However, dogs may also bark in response to the anxiety they feel when their owner is not present. This is referred to as separation anxiety.

All these may be situations when dog owners decide to use a barking collar. However, there are a few instances in which such a collar should never be used to discourage barking. That is when the dog is in pain or suffers from deafness, cognitive problems or brain diseases.