Garmin GPS: Advanced Portable Aviation Navigation - aLittleBitOfAll
One of the first companies to embrace GPS for civilian use was Garmin. Their ProNav100 Navigator from the early 1990s was the first garmin portable gps device to see extensive use, both as a marine and aviation
garmin portable gps, garmin gps, garmin navigation
2341
post-template-default,single,single-post,postid-2341,single-format-standard,ajax_fade,page_not_loaded,,qode_grid_1300,qode-theme-ver-9.4.1,wpb-js-composer js-comp-ver-4.12,vc_responsive

Posted at 11:02h in Electronics by Ian Tompson

Technology first developed for military use has steadily found its way in countless everyday applications. From jet propulsion and radio location of the Second World War to surveillance satellites from the dawn of the space age, much of what we take for granted today was first developed for military purposes. And as we casually board planes, scroll through maps on our smartphones, or track our sporting activity on smartwatches, we put little thought into the complexity of the technologies involved.

One such technology used in tracking, mapping, and navigation for different modes of transportation is GPS, or the Global Positioning System. With its roots in military surveillance and tracking, GPS has become the most widely used global navigation system today. It consists of a network of 24 satellites circling Earth’s orbit at 20000km, transmitting signals to users and their devices, like watches, phones, or car navigators. Control centres and antennas on each continent monitor and control satellite movement, providing us with the precise data we need. GPS has 5 main uses:

Combining these uses, we see GPS in various fields, like health and fitness tracking in smartwatches and wearables, where distance, elevation, time, and speed data inform us how far and fast we’ve run or cycled; conducting search and recovery missions during emergencies or natural disasters to locate signals from downed airplanes or injured people while providing detailed maps in the process; logistical purposes, like tracking delivery vehicles in real-time, and estimating delivery times for efficient and organized workflow, etc. 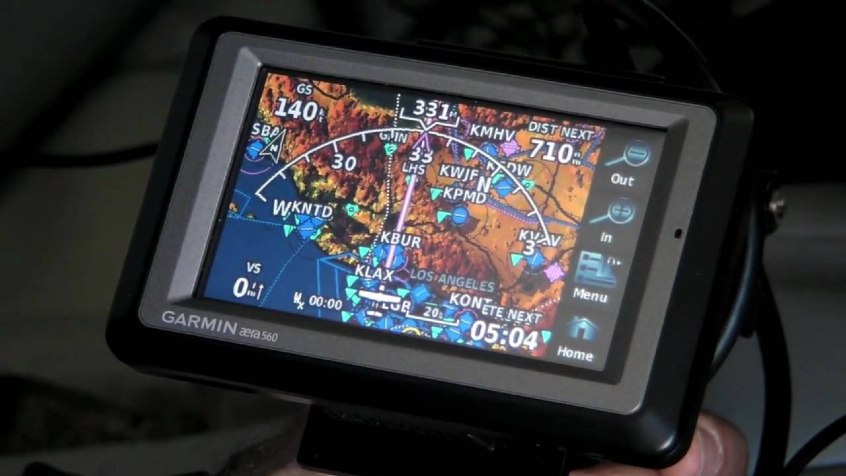 One of the first companies to embrace GPS for civilian use was Garmin. Their ProNav100 Navigator from the early 1990s was the first garmin portable gps device to see extensive use, both as a marine and aviation navigational tool. Garmin has since extended its product line-up to include various radios, receivers, transponders, navigators, displays, watches for commercial and private aviation and maritime usage, as well as in-car navigators for both on and off-road, pet trackers, and a slew of health and fitness wearables. The company also offers software solutions, like maps and apps for a variety of situations.

With the global shift from radar to satellite-based navigation in private and commercial aviation, aircraft avionics requirements are constantly being updated by national and regional legislatures. GPS devices are being fitted to new aircraft or retrofitted to older aircraft, replacing radar-based navigation systems. GPS, in this sense, allows for continuous, reliable, and more accurate aircraft tracking and positioning during every stage of flight operation. It establishes safe, flexible, and fuel-efficient flight paths, resulting in reduced aircraft delays and better air traffic management. And in large countries like Australia, less reliance on expensive ground-based navigation facilities and systems.

The Garmin Aera®660 GPS navigator is a light, compact, handheld, portable GPS navigator, which picks up GPS signals quickly and reliably, provides detailed navigation tools, and displays aviation maps on a clear, easy-to-read 5-inch touchscreen. It has preloaded maps, obstacle and airport information, and Garmin’s ‘direct-to and nearest-airport navigation’. The Aera®660 GPS connects with other Garmin avionics via an optional data/power cable or Bluetooth, providing detailed weather and traffic input. It comes with a battery, AC adapter, mount, USB cable, and manual in the box. The Aera®760 builds on the features of the Aera®660 in a larger, less reflective 7-inch display. It allows users to import PDF documents through a Micro SD card and uses USB-C for faster charging. It has the ability to load full aircraft approaches, has built-in AHRS, built-in GPS/GLONASS receivers, Bluetooth and WIFI connectivity, and fully featured flight charts and maps. Garmin allows for software updates on both units via an annual subscription. The Garmin Pilot™ App is compatible with both GPS navigators. Additional accessories include carry cases, mount cradles and cables.

For detailed and subscription-free weather and air traffic updates, you’ll need an Automatic Dependent Surveillance-Broadcast or ADS-B receiver like Garmin’s GDL® 50 Portable ADSB Receiver. It hosts a full-featured array of aircraft tracking, including ADS-B IN and ADS-B OUT, allowing you to spot potential traffic threats and be visible to other traffic and controllers. It connects to other compatible devices, like the Aera®660 and Aera®760 via Bluetooth. Accessories include different mounts, cables and carry cases.

Wearables like the D2 Air Aviator Smartwatch and the uprated D2 Delta from Garmin include fully-featured weather reports, detailed airport information, a barometric altimeter, and a course needle literally on your wrist. The watches feature automatic flight logging, alerts and timers for critical tasks, automatic UTC time zones, and the full array of Garmin health and fitness metrics. The D2 Delta also has detailed colour maps with radar overlay. Both are compatible with the Garmin Pilot™ App.

The InReach Mini has two-way text messaging, the ability to send automatic SOS alerts, and it can be paired with your mobile and other Garmin compatible devices and apps to provide continuous tracking. Free access to cloud-based apps like Garmin Explore allows syncing with devices for pre-flight preparation. Further, it features a 50-hour battery rating, housed in a robust water-resistant body.