Off Grid Solar System Kits: Autonomy and Power on the Go - aLittleBitOfAll
There are many benefits to off grid solar power kits despite their hefty buying cost.
off grid solar power kits, solar panels,
2241
post-template-default,single,single-post,postid-2241,single-format-standard,ajax_fade,page_not_loaded,,qode_grid_1300,qode-theme-ver-9.4.1,wpb-js-composer js-comp-ver-4.12,vc_responsive

Off Grid Solar System Kits: Autonomy and Power on the Go

Home » Off Grid Solar System Kits: Autonomy and Power on the Go 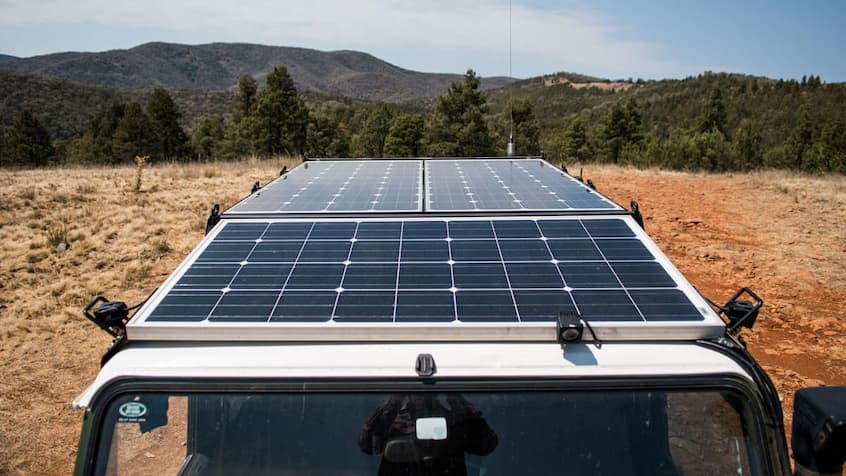 Off Grid Solar System Kits: Autonomy and Power on the Go

Posted at 09:03h in Services by Ian Tompson

If someone asked you what you couldn’t live without, you’d probably answer something like a favourite food or appliance. If someone asked you what you use every day, you’d probably answer your phone or laptop. Well, there’s one foundation on which all of this is built that we forget about -electricity. Electricity has become a lifeline for our everyday life. It’s made our life easier and better in every aspect, allowing us to reap many benefits. It runs through all our appliances like phones, televisions, ovens, elevators, and even cars. We only realise the necessity of it once there’s a blackout.

As an alternative to the electric grid, many people have decided to try solar energy and for good reasons. There are many benefits to it which I will go into. Yet, many people associate solar power with those solar panels that occupy a large land area and seem highly complicated. Not that even those don’t come with many advantages, but they’re not the focus of this article. There’s one new, portable alternative – off grid solar system kit. As such, if you’re an RV person and want to get the most out of your experience, this article is for you.

If you ask most people how solar power works, they’ll say that the panels collect the sun’s rays and then change that to electricity that you use. And in the simplest terms, this is correct. However, it’s much more complicated than that, and if you want to invest in off grid solar power kits, it’s best if you understand exactly how they work. After all, they are a costly investment, and you want them to serve you as long as possible and be as efficient as possible.

The first thing you need to consider is how much electricity you use. You need to calculate the total electricity use of your appliances in the RV, and once you do that, you’ll have a general idea about what type of solar equipment you need. Most off-grid systems come with a limit of 185W, which can be enough if you use very little power. However, if you’re using a fridge, television, AC unit and more, then you’ll need to get a system that can supply that amount of power. 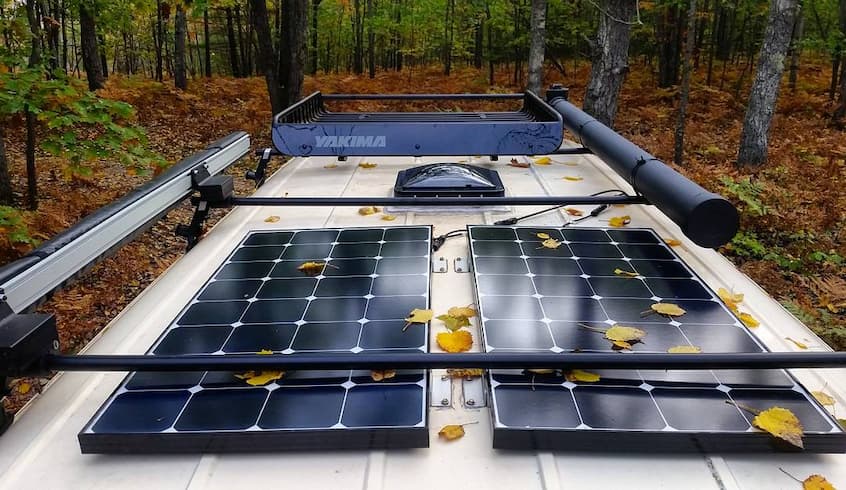 In terms of solar panels, you need to focus on the cell type. The cell types determine the efficiency of your energy collection. There are two types – monocrystalline and polycrystalline. The first one is a premium solar product for several reasons. Also known as single-crystal, monocrystalline panels are made by taking one silicon and cutting it into wafers. As a result of the cell being one singular crystal, the electrons that generate electricity have more room to move. Accordingly, it’s more efficient as it produces more in a shorter time.

On the other hand, polycrystalline panels use melted fragments of silicon to form the wafers. As there are many cells, the electricity can’t flow as freely. Therefore, they’re less efficient and produce less electricity. However, they’re much cheaper compared to monocrystalline panels.

The next part of the off-grid solar kit is the solar inverter. Inverters transform the produced electricity from DC to AC. This process is crucial and without it, you can’t power any of your appliances. However, not all of the power you produce is used. Most of it has to be stored somewhere for a later purpose. You accomplish this by using solar batteries that store excess power. You can monitor the batteries at all times using a battery monitor for which you’ll need a solar charge controller.

Solar charge controllers determine the amount of current that passes through your system. At the same time, you use them to control how much goes into the batteries. As such, they ensure that batteries don’t overcharge. There are two types of controllers – PMW and MPPT. Pulse-width modulation controllers adjust the charging rates depending on the battery levels. They are very durable and can be used for years, and are more affordable. However, the solar input of them has to match the one of the battery.

On the other hand, maximum power point tracking controllers capture the most power from the panels and their cells. They can absorb more voltage and can determine the ideal amount needed for the batteries. As such, they’re more efficient, but they also cost more. 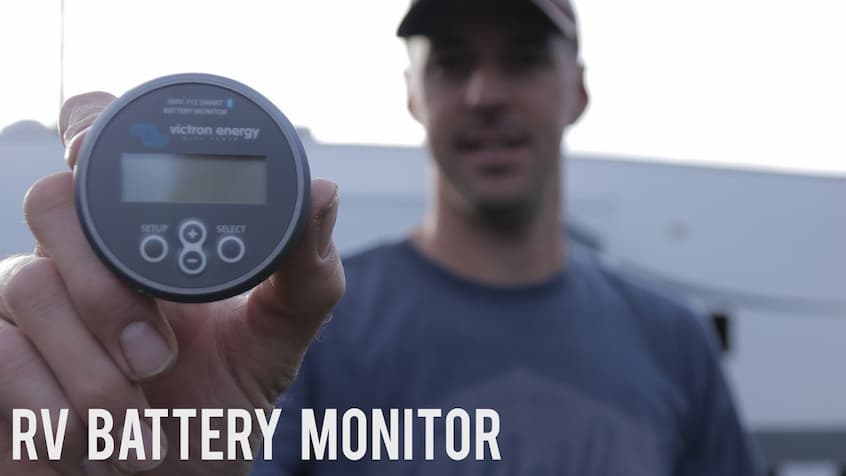 There are many benefits to off grid solar power kits despite their hefty buying cost. You might spend some extra money at the beginning to set them up and use them, but you’ll have the benefit of getting free electricity for years and even decades. That said, the first and biggest benefit of solar power is the saving of money by not having any electricity bills. Or, in the case of off-grid systems, you don’t have to pay any of the camping sites where you have to use your power appliances.

With that in mind, you’ll also have complete autonomy as you won’t depend on any of the electricity infrastructures. You’ll produce your own power on the go, on your own terms. Furthermore, you won’t depend on camping sites or places that must have a charger, so you can travel to more remote locations without being dependent. Plus, you won’t have to worry about any possible blackouts. Finally, unlike standard electricity, solar power is completely green and clean. If you want to contribute to the environment, then this energy source is the one for you.