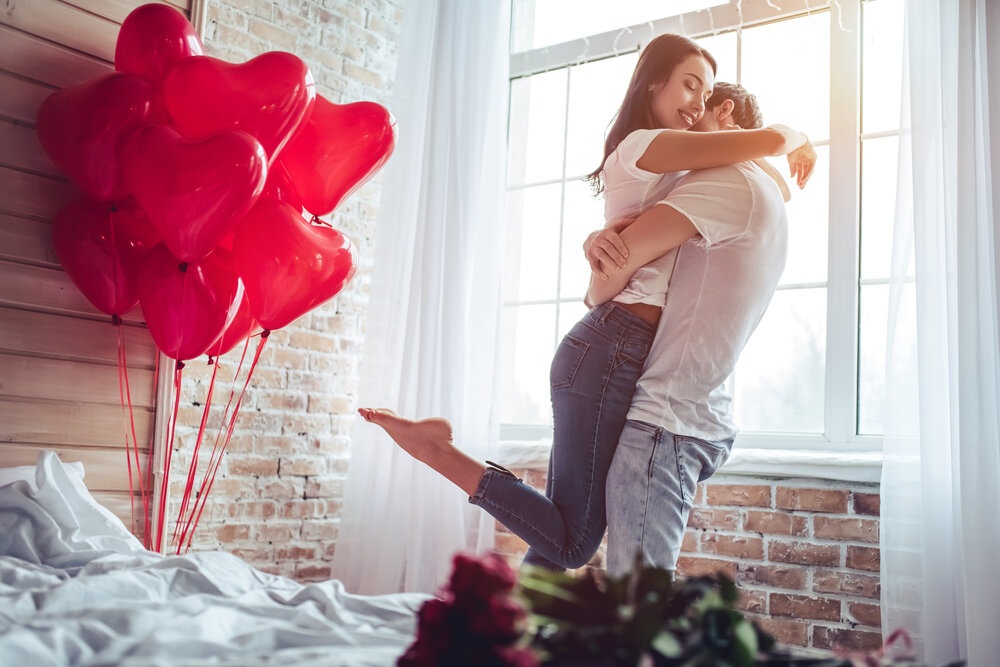 Posted at 11:53h in Love & Relationships by Stephanie Tierney

We’re most alive when we’re in love. – John Updike

Love makes the world go round, it does so now, it’s been so in the past, and it’s going to be so in the future. It should come as no surprise many have used love as a main subject for their poems, texts, books, drawings and even architecture – it’s an endless source of inspiration!

Now that it’s almost time for Valentine’s Day, there’s no better time to talk about love, or gift giving for that matter. Legend has it that this tradition of celebrating 14 February as the day of love began in third century Rome when a priest called Valentine was marrying couples in secrecy despite the decree by emperor Claudius II outlawing marriage for men to turn them into good soldiers devoted only to the empire.

A rebellious deed such as this put Valentine behind bars, and while he was waiting for his death sentence he fell in love with a jailer’s daughter, ending up sending her a letter signed “from your Valentine”, a tradition kept to this day. Still, it wasn’t until the Middle Ages that this day got to be celebrated, and the first ever time to be mentioned as such that we have a record of is the poem by Geoffrey Chaucer called Parliament of Foules.

Nowadays, this special day of love is celebrated all over the world, different countries and cultures have turned it into their own tradition, and it’s become so commercialised that some even don’t appreciate it as much as they used to, thinking why would anyone need a day to express love when you could do so every day. 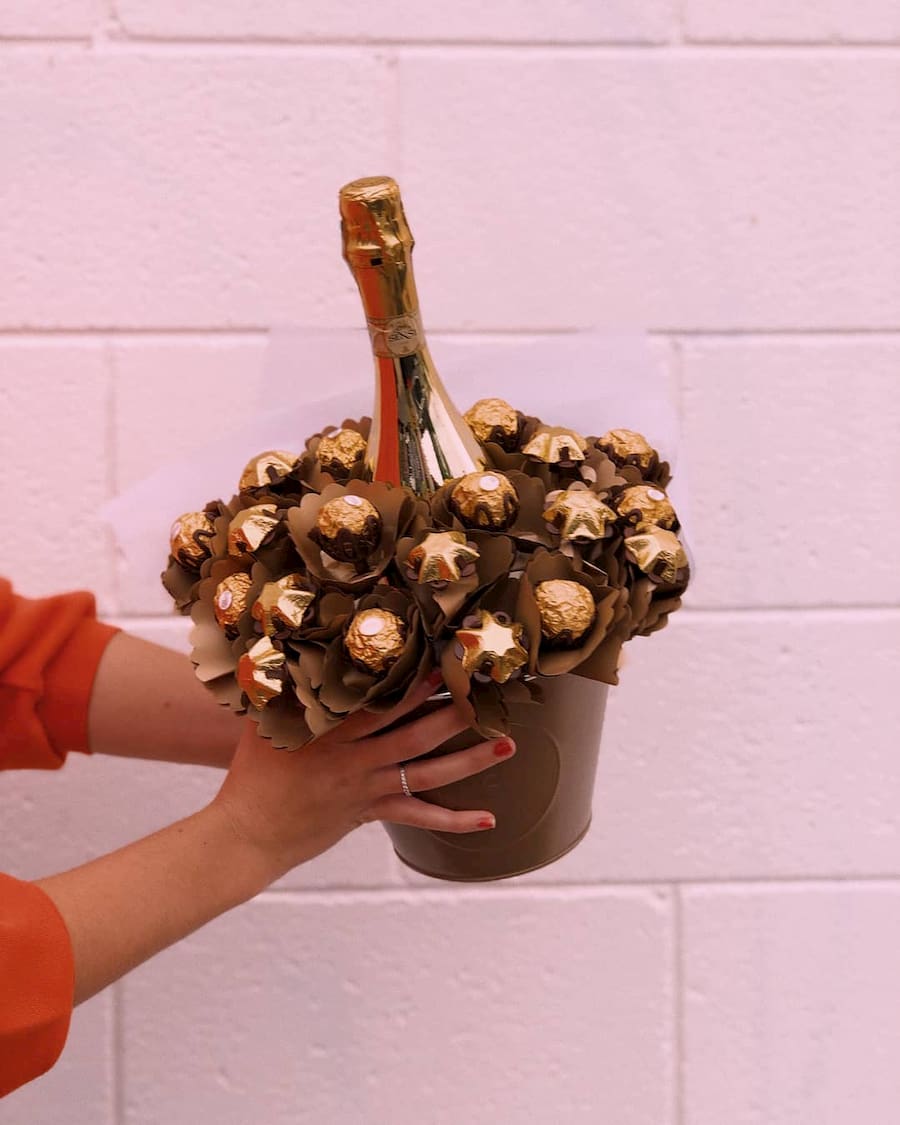 Still, there are unique edible valentine’s gifts to opt for when in search for something special, knowing a little attention is more than welcome, particularly on such a day. Instead of something cliché like roses, why not buy a plant that doesn’t need much maintenance and is lovely nonetheless, like succulents.

If you’re tired of flowers, there’s the heart-shaped chocolate bouquet alternative to turn to, or why not opt for something even more unique like a bucket of indulgence full of organic sweets and wine. Want to take it a step further with surprising your honey? 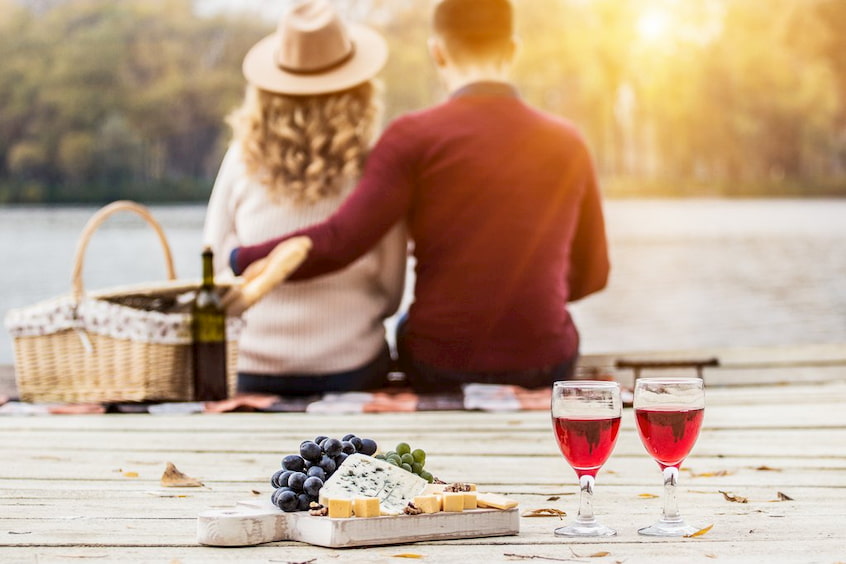 Prepare a picnic! Don’t worry, preparation is as easy as picking your basket of edible valentine’s gifts full of snacks, fine cheese, a bottle of unforgettable wine (think De Bortolli Prosecco!), some cookies and chocolates, followed by finding the ideal picnic spot and you’re ready to go; all this without even breaking your bank!

Also, throw in a card with some words about what makes you appreciate having your loved one in your life, that always comes in handy. For all those willing to spend a bit more, travelling does the trick.

It could be a location you’ve wanted to visit with your soulmate for quite some time, cruising, or just go to a hotel in your city to feel reignite the spark in your relationship. There are other ideas for the couples with thirst for adventure, such as hot air balloon trips, paragliding, or trying a new hobby even if only for this day.

Who started the gift giving?

If you’re pondering why do we give gifts on valentine’s day we have to look back in history, specifically that of the typical gifts: flowers, chocolates, cards. Back in the reign of Charles II of Sweden, in the late 17th century and early 18th, the West was introduced to the art of the language of flowers, i.e. expressing oneself with specific flowers, something the king himself was amazed by after he came across it during his visit to Persia. 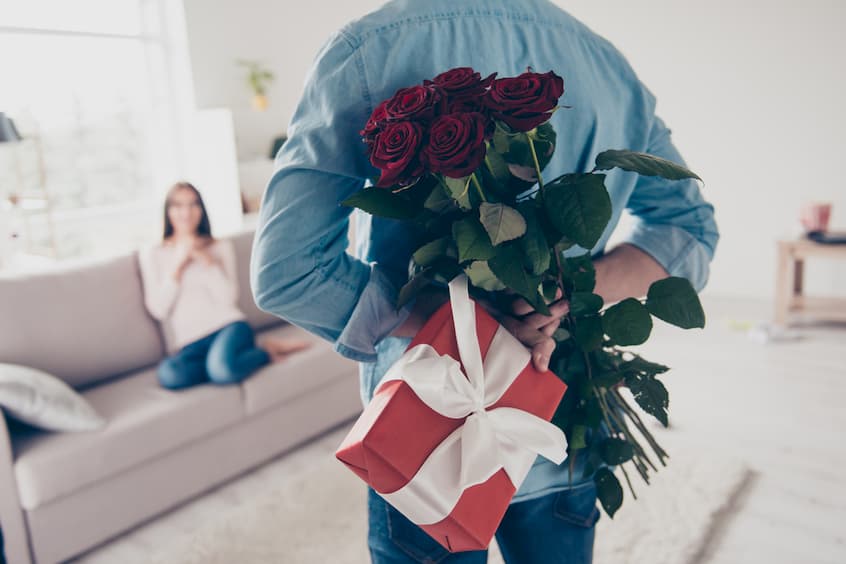 That’s how red roses became the symbol of expressing love on Valentine’s Day! Now for chocolates we’ve got the Spanish explorers to thank for because as soon as they brought cocoa to Europe in the 17th century, it became the favourite choice for celebrating love, more so knowing its aphrodisiac effects.

As for the cards, we owe it to Charles the Duke of Orleans; though his love notes have a rather sad story to them because he sent them to his wife while imprisoned in the Tower of London, we must acknowledge the tradition is beautiful and it really took the world by storm once the courier service became popular.

Don’t worry, even if you’re not in love right now you can still use the chance to buy some edible valentine’s gifts and cards for those you hold dear, it could be family, relatives, friends, because who wouldn’t appreciate getting some attention – after all it’s Valentine’s Day, the day of the year dedicated to love!

Remember, when you express love, you can expect to get love back in return!