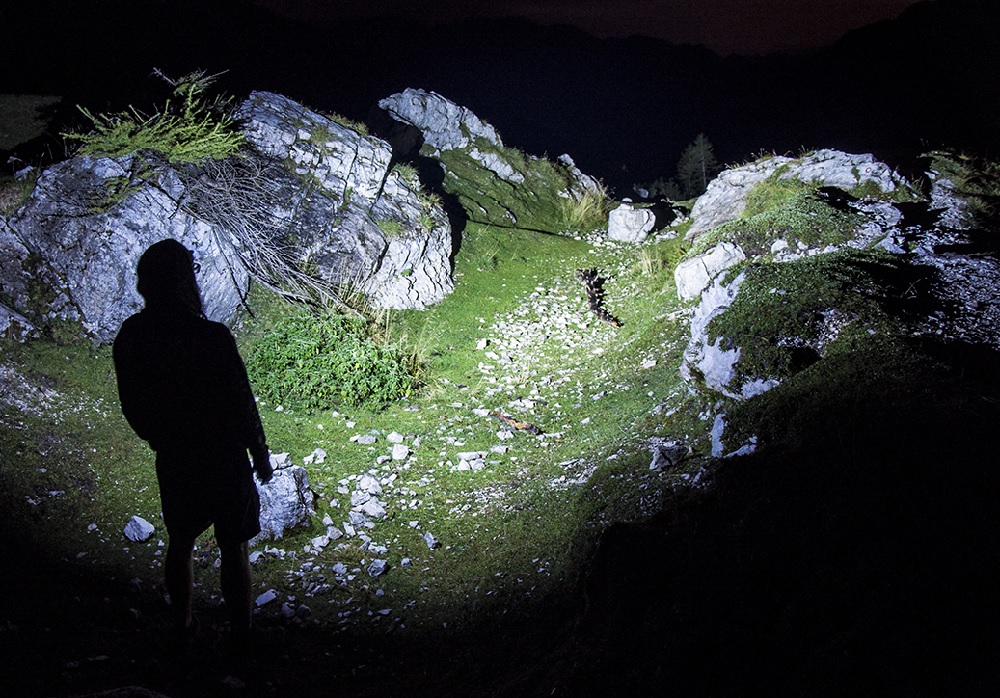 Posted at 12:50h in Industry by Ian Tompson

Most commonly referred to as a military torch, a tactical flashlight is a torch being used together with a firearm to identify and locate threats at night. But not every tactical flashlight is made to be used with a firearm. The more civilian-friendly models look like rechargeable LED torches but come with a lot more features that help ensure safety and reliability. The use of tactical LED torches by non-military personnel is mostly for exploration in the wild.

Tactical flashlights are also used bu law-enforcement and search & rescue teams. The bright light of military torches, reliable operation and build, can handle a lot of hours and stress without sacrificing performance. Tactical torches last longer, operate at a higher level and are more efficient than your regular pocket torch. For many flashlight fanatics, the brand that offers the best tactical torches is Olight. Here are some of their top-notch products that you can buy. 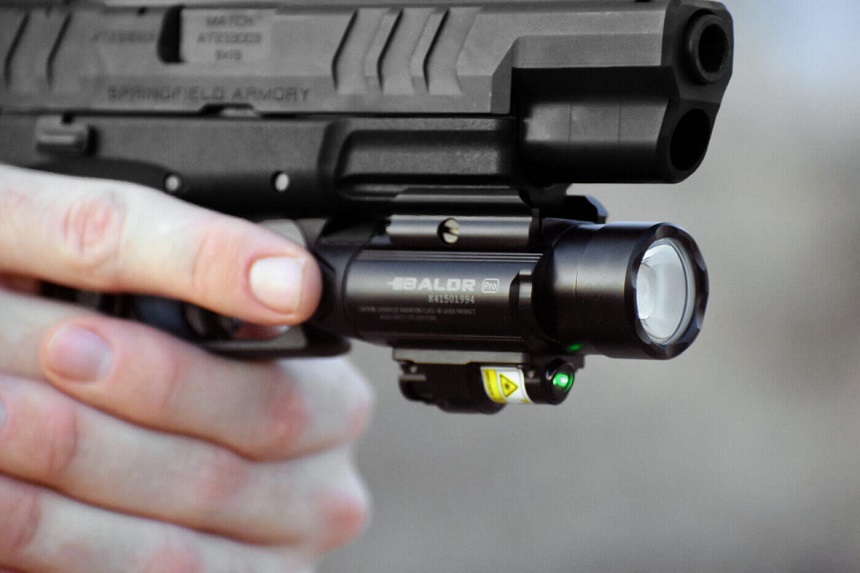 If you’re on the hunt for a tactical torch that works with your firearm, then Olight’s Baldr Pro is the near-perfect option. Although it only has 1350 lm on deck, its peak beam distance can reach up to 260 m. For a torch that is 84 mm long, this is quite a powerful military torch flashlight. The Baldr Pro is compatible with both Glock sized and Mil-STD-1913 (Picatinny) rails. With an IPX 4 rating and an impact resistance of 1 meter, you can rest assured that this firearm torch can take a beating. 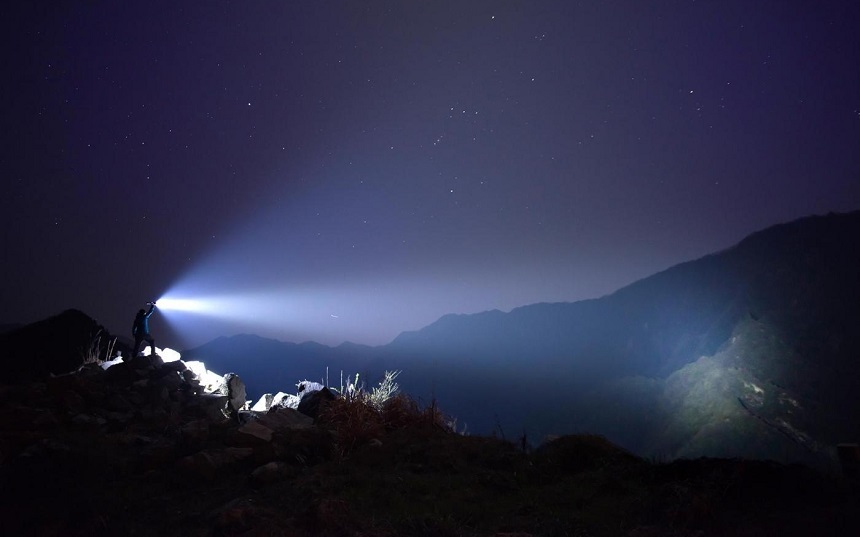 The Marauder 2 Max is a 14,000 lm beast of a military torch flashlight that can send that light output across 800 meters. The IPX8 rated, 750 g heavy torch is 140 mm long and it has a head diameter of 79 mm. Its size is what allows it to pack a large assortment of features such as proximity and thermal sensor. The Marauder 2 Max can survive being submerged 2 meters underwater and it comes with a 5000 mAh battery with two way 30W charging. In layman’s terms, this means that you can charge the battery fully in 2.5 hours. You also get to use this Olight torch for 59 hours at a time thanks to its big battery capacity. While 1100 lm may not be much now when you’ve seen what the Marauder 2 Max is capable of, the throw distance of the Warrior X turbo is something else. With a beam distance of 1000 m, the Warrior X Turbo truly is a warrior of a torch. It also has a 5000 mAh battery allowing it to work for 12.5 hours on a single charge. This tactical torch comes with a magnetic tail cap which has a remote pressure switch for easier operation. The chiselled body design, grip ring, strike bezel and tail cap make the Warrior X Pro a tactical champ. This tactical LED torch can fit both in your hands and on your firearm. If you want a tactical torch with the highest number of lumen count, you should go for the Marauder X9R. This Olight torch is capable of producing a whopping 25,000 lm output as far as 630 meters. It may not match the 1000 m throw of the Warrior X Turbo but there’s no match for its light output. The Marauder X9R is Olight’s most capable torch in regards to lumen but also the biggest this manufacture has ever made.

The IPX7 rated torch comes in at 1855 g whilst being 320 mm long and having a head diameter of 100 mm. The peak beam intensity of the Marauder X9R comes in at 99,200 cd which is no surprise for a 25,000 lm flashlight. This torch comes with 8 different lighting modes and can run for 27 hours straight thanks to its battery pack consisting of 8 high-discharge 18650 batteries. 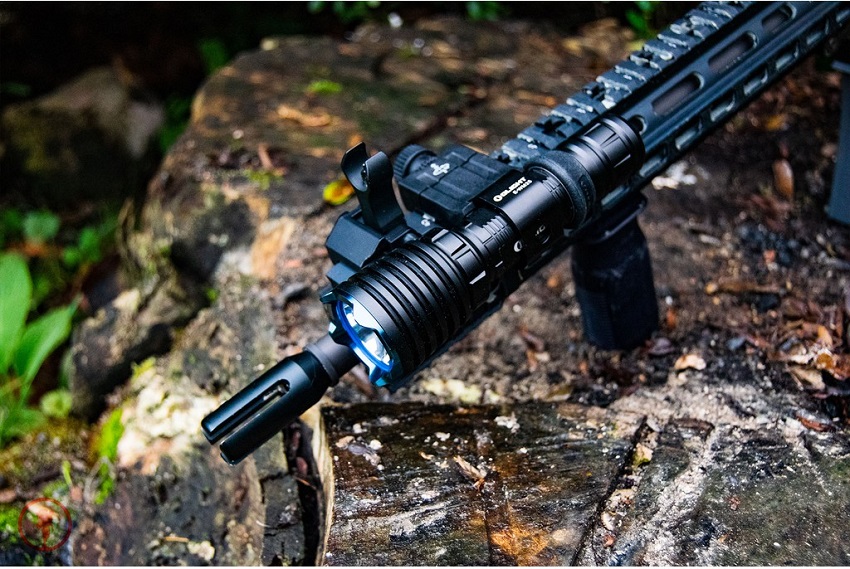 How Many Lumens for Tactical Flashlight?

For a torch to be classified as a tactical LED flashlight it needs to have a minimum output of 250 lumens. If its light output is lower than that then no matter the type of features it has, it won’t be classified as tactical.

How Many Lumens Will Temporarily Blind Someone?

While a tactical flashlight will have at least 250 lm at disposal, the number of lumens needed to effectively blind someone is 300. This is only temporary and it doesn’t cause any permanent injury, it will just disorient the attacker.

Can I Bring a Tactical Flashlight on a Plane?