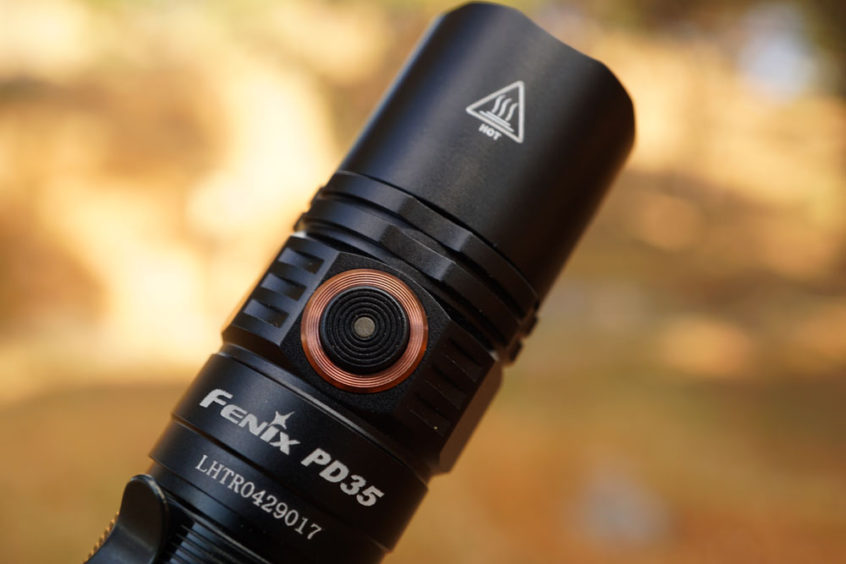 Posted at 07:21h in Electronics, Lighting by Ian Tompson

A person doesn’t have to be a first responder, an outdoorsman, or even a plumber to appreciate just important – or how ubiquitous – having a reliable flashlight is.

Whether it’s a 300 lumen knapsack essential that fits in the palm of your hand, or a 25,000 lumen torch that’s kept as part of your family’s emergency preparedness kit, as a minimum, a flashlight can make finding your keys in the dark less of a headache. Or it can illuminate the way to safety in near-zero visibility.

Most flashlights, however, fall soundly between these two extremes. These are the modern, high-intensity lighting devices that are compact enough to qualify as everyday carry items, but robust enough to count on in case of a genuine emergency.

Since 2004, Fenix has been synonymous with award-winning flashlights that cover the full spectrum of handheld lighting devices – from keychain-sized mini-torches to massive search and rescue super torches. But it’s their lineup of mid-sized tactical and public safety models, headlined by their pd35 series of high-performance torches that continues to captivate the interest of the industry and consumers.

They are a potent combination of maximum output and beam distance with compact design. It’s their sturdy, lightweight construction that makes them ideal for situations where a torch’s reliability, and the speed it can be deployed at, can have significant consequences. Possessing all the performance attributes of much larger torches but in a crucially lightweight and deployable package, these are the devices counted on by the professionals who can’t afford to be left in the dark.

Unlike a lot of mid-sized torches, the pd35 has no qualms about setting itself apart from the crowd as a true tactical torch. Weighing just 133.5g (including battery) and only 134mm in length, it fits into a jacket or cargo pocket as well as it fits its holster, and its slip resistant grip ensures that it stays aimed right where the user’s aiming it.

Most importantly, though, PD35s are impact resistant and built to withstand the rigors of intense, asymmetric usage which is why they’re crafted using A6061-T6 aluminium, and HAIII hard-anodized with either a tactical black or digital camo anti-abrasive finish. With their IP rating against dust and long-term water immersion, they’re also capable of operating at depths between 1.5m – 2m for up to an hour.

In short, they’re the family of flashlights that’re just as capable during an emergency underwater recovery as they are during an urban power outage. You only need to look at the two most recognizable members of that family, to see the value in their performance:

This is the original, no-nonsense mid-sized tactical torch that was designed specifically for first responders, military users and security professionals. Their ruggedness, large lumen capabilities, and everyday carry characteristics however, make them perfect for hunters, hikers, or anyone who has the need to carry a flashlight.

Powered by either a single 18650 rechargeable Li-ion battery or a pair of 3V CE123A batteries, the TAC has always differentiated itself from other tactical torches in its simplicity. Its one-button tactical tail switch and stainless-steel side switch allows for simplified switching between output modes, and intelligent memory circuitry automatically remembers the last mode used when the torch was turned on.

The PD35 TACs high output comes from a 1,000 lumen CREE XP-L (V5) LED that boasts a 200-metre beam distance and 50,000 hour lifespan, and it uses digital regulation to maintain brightness between its five general-use output modes across their respective runtimes. For users who only need the full 1,000 lumen tactical power, the tactical tail switch disables the side switch to prevent accidentally cycling through all the modes.

The PD35 TAC also has a 1,000 lumen varying pulse strobe mode that can work to either disorient an individual, or as a warning beacon – making it one of the most practical and potent high-intensity lighting devices available anywhere.

This is the latest iteration of the venerable PD35. With the exception of a low battery monitor, very little else has changed, technically, between the V3.0 and the TAC model. The output, however, has changed significantly.

The V3.0 uses a Luminus SFT40 LED that produces 1,700 lumens – a 70% increase over earlier models – and an increased beam distance of 357 meters. With a new table of general use modes, the V3.0 is proof that raising a flashlight’s output doesn’t have to include making it bigger.

When it comes to mid-sized flashlights, there’s no shortage of models currently on the market. Between the various types of construction, light sources, battery types, and possible applications, it’s easy to get lost in the sheer range of options that are available.

Only one family of flashlights, however, has so successfully combined simplicity and reliability into a device that was designed from the beginning for official use. Fenix’s pd35 series is just such a device and it proves the value of its design concept everyday with militaries, police departments, and emergency services providers around the world.

If you’re doing research on, or are in the market for, a high intensity torch with mid-sized characteristics, don’t overlook that choice that’s preferred by professionals. Fenix makes the flashlight that’s right for you.